Congratulations to Jack and Tom who graduated this week, displaying outstanding academic achievements in the fields of computer science and neuroscience. 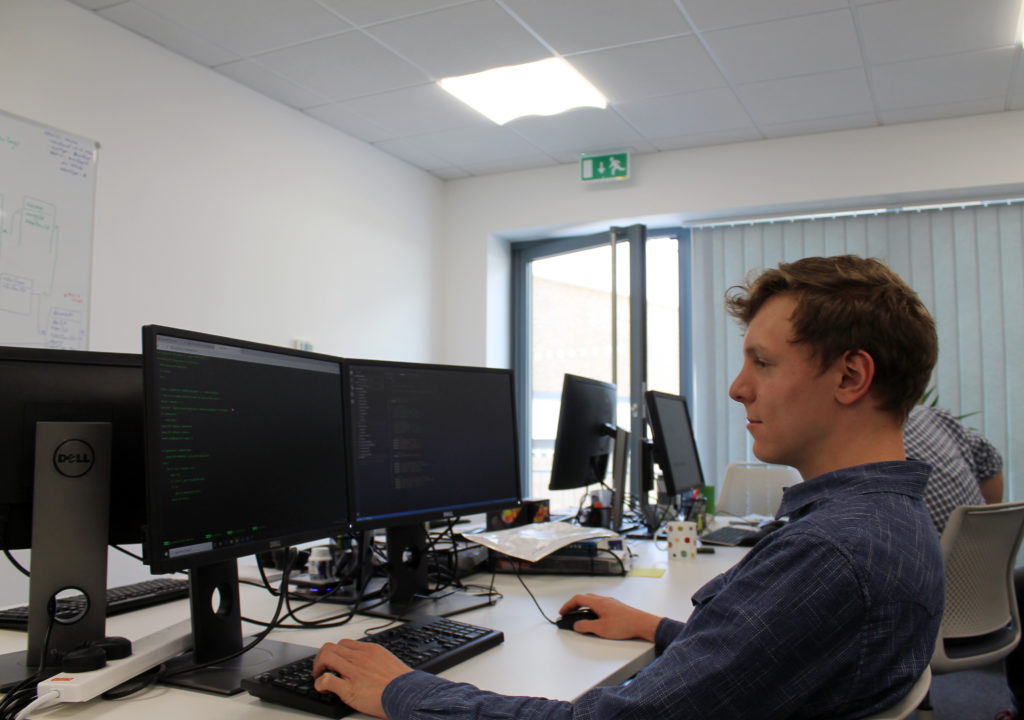 Jack in the office

Last year Jack developed our first mobile application, EyeSite. The primary aim of EyeSite is to improve the accuracy and effectiveness of visual site inspections of solar assets. The core features enable site engineers to take geo-referenced photos of visual anomalies and add descriptions to these images. The user can upload the information to the SolarGain Inspection Hub for further office-based analysis or work tracking. EyeSite eliminates the risk of data being lost, corrupted or simply not recorded.

We are delighted to welcome Jack back to the Above team, where he will be continuing his research into the automation of video analysis. 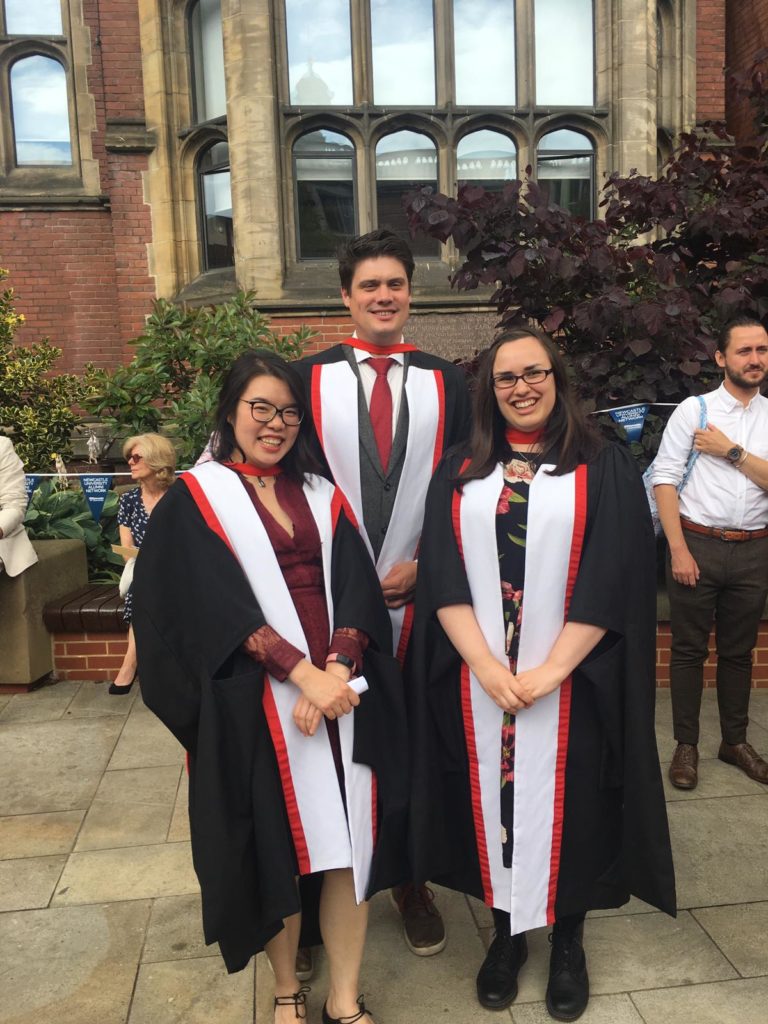 Tom at his graduation ceremony

“During my PhD, we discovered a novel way to ‘read’ brain signals during movement, which requires much less processing power than existing approaches. This permits prosthetic devices – for treating paralysed patients – to be miniaturised, and potentially implanted under the skin (like a pacemaker).” A fascinating outcome that must feel incredibly rewarding, congratulations to Tom for achieving such an esteemed level of academia.

Tom has found a new pathway within renewable energy here at Above, he tells us how his PhD informs his role,

“ I am now thoroughly enjoying working at Above – and following my passion for renewable energy (and the fight against climate change): using the design, programming and signal-processing skills I learned during my PhD, to research and develop new office and drone-based data solutions.”

As individuals we all carry a unique set of skills, applying these skills towards a shared goal produces unique outcomes. Above holds innovation as one of its core values and considers it key to the continuing success of our research and development projects.