Above, the global leader in aerial inspection services and software, today announced a project with the Aeronautical and Automotive Engineering department at Loughborough University (LU) and the University of Essex (UoE). The partnership will enhance the research and development in autonomous drones for solar plant inspections. The project named »Follow PV’ will be funded by Innovate UK to develop cutting-edge drone robotics for autonomous, fast, ultra-high-resolution solar plant inspections. 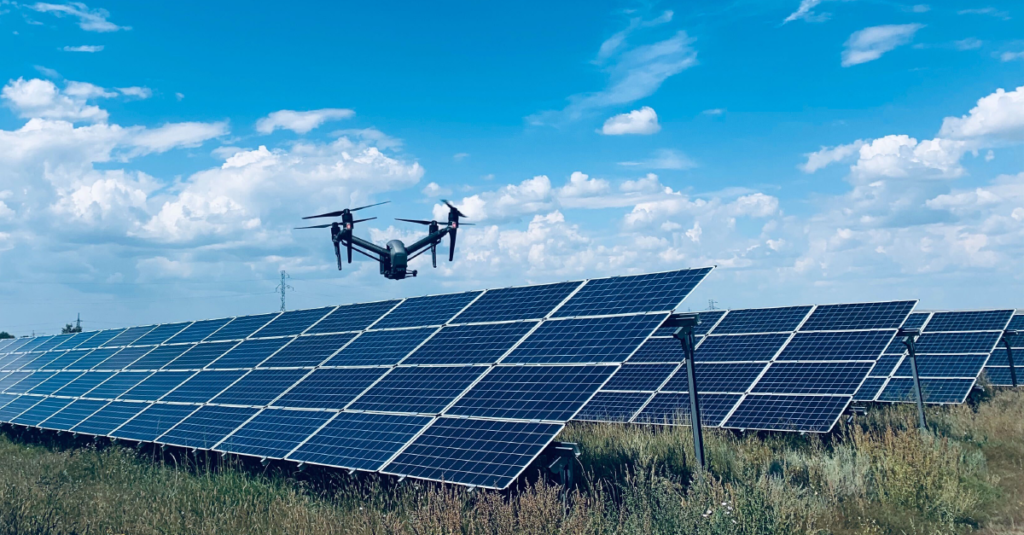 «It’s clear that robotics is playing an increasingly important role in the solar industry, and it’s exciting that Above is continuing to lead the agenda”, said Will Hitchcock, CEO and Founder of Above.

Solar PV capacity is increasing the fastest of all renewable energy sources, with countries racing to build large solar plants. Above uses drones fitted with specialist cameras and sensors to collect data about solar PV modules for asset managers and O&Ms. This solution is faster and more accurate than manual ground-based inspections using handheld equipment.

Above’s cloud-based platform, SolarGain, reveals defects within the PV module. Some defects are only visible very close up yet reveal early systemic degenerative problems. Current drone technology is not yet accurate enough to fly safely autonomously significantly closer above the solar panels, and so labour-intensive manual inspections are still often needed. The most important challenge the industry faces today is to reduce costs and increase efficiency, which the project aims to solve through its autonomous drones. Above aims to improve the efficiency of solar plants using autonomous drones, robotics, and artificial intelligence.

The project will unite experts in solar, robotics, artificial intelligence (AI), sensors and embedded systems to develop a spatially aware drone that can rapidly process and make in-flight corrections using artificial intelligence and sensing technology. This will enable the drone to better capture the condition of PV modules in greater detail by flying closer to the panels’ surface.

Loughborough University (LU) and the University of Essex (UoE) have previous expertise in drone automation for ‘smart agriculture’. Matthew Coombes, Loughborough University’s Principal Investigator and a lecturer in autonomous vehicles in the Aeronautical and Automotive Engineering department, said: “Robotics and especially UAV’s have the ability to completely revolutionise how we conduct inspections and surveys across a number of sectors that traditionally rely on people painstakingly performing these manually.

“By performing inspections autonomously with UAV’s, they can be performed faster, safer, cheaper, and more accurately, while also being able to reach places normally inaccessible to humans. The solar industry would be an obvious benefactor from this technology.”

Jinya Su, University of Essex’s Principal Investigator and a Lecturer in AI and Robotics in the School of Computer Science and Electronic Engineering, said: “UAVs, equipped with dedicated sensors (cameras, LIDAR) for environmental perception, would be the future for industrial inspections. This is particularly the case when UAVs are combined with autonomous flying functions (to be developed in this project) and AI for data analysis. Solar industry would significantly benefit from these technologies considering its large scale and also the time/labour/cost involved in conventional human manual inspection.”

Above has undergone years of innovation and continues to bring the latest technological developments to its worldwide network of customers who will benefit from this unique project. 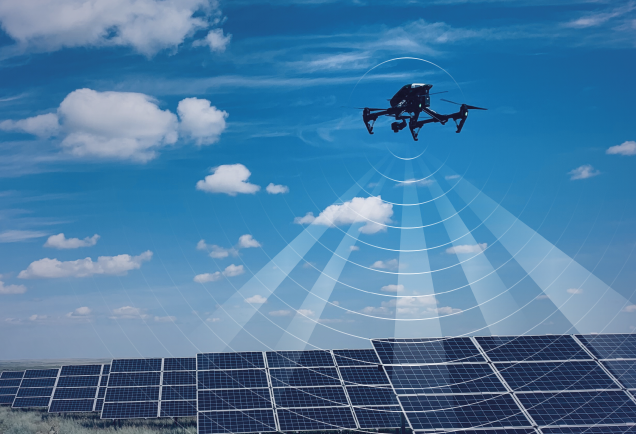 Innovate UK is part of UK Research and Innovation, a non-departmental public body funded by a grant-in-aid from the UK government. They drive productivity and economic growth by supporting businesses to develop and realise the potential of new ideas, including those from the UK’s world-class research base. Find out more here